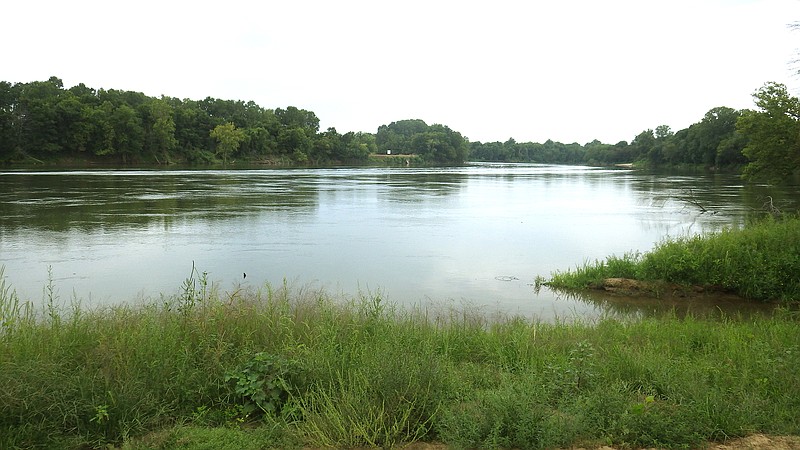 Jacksonport State Park is nestled in a beautiful setting on the banks of the White River. – Photo by Corbet Deary of The Sentinel-Record

Sandy and I recently struck out on a venture, with hopes of visiting several of the state parks situated in northeast Arkansas.

A majority of these particular facilities sport a rich and interesting history. And although our first stop of the morning was nestled in a peaceful and quiet setting, that was no indication that it had no story to tell. In fact, there was a day when Jacksonport was a thriving and happening location.

Jacksonport State Park is situated on the banks of the White River. And we immediately made our way to the water’s edge, where I struck up a conversation with a couple of fishermen who were loading their boat on a trailer.

The anglers had already run their lines and were calling it a day. However, they were more than willing to chew the fat. I grew excited upon learning that they had managed to boat several impressive catfish. And, of course, I instantly made a mental note to return to these waters when I had ample time to wet a hook.

This section of water is obviously a popular fishing destination, as I noticed four other anglers fishing from the bank. But these waters have played a far more significant role in history throughout the years.

I suppose that the river’s fertile waters and an abundance of nearby wildlife were of essence prior to early establishment, as in excess of 75 Native American village sites have been identified in Jackson County.

But let’s ease forward in time, to the early 1800s, when the Europeans traveled the river to this section of the state and began settling. Surely the river was frequented by trappers, as Jacksonport is just downstream of the Black River’s confluence with the White River, which they utilized as a “water road.” But the port’s heyday likely began when Kentuckian Abraham Ruddell Jr. staked a claim and built a gristmill. Pioneers followed and began settling, preparing the fertile soils for the production of various crops.

Ruddell eventually sold his mill. In fact, it changed hands one more time, when Capt. Thomas Todd Tunstall purchased the property for $2,000 in 1834. Tunstall, also a native of Kentucky, recently arrived at Batesville via the “William Parsons,” the second sternwheel to ever navigate the White River.

Soon thereafter, Tunstall established a riverport for his large vessel and began platting the town. And Jacksonport was born.

Tunstall took advantage of the fact that Jacksonport was in close proximity to the confluence of the two waterways. In fact, it was the last main stop on the White River.

The founder of the port likely stayed busy raising cotton and racehorses. However, he also managed to find time to rear 12 children. His eldest son was evidently business-minded, as well, as he opened a tavern in 1840.

The young man also opened a warehouse, where timber, cotton, corn, hides and bear grease could be unloaded and transferred onto smaller crafts, lending to the ability to transfer these goods farther upstream on both the White and Black rivers.

The tavern also served as a base for his father’s enterprises, as well as a political meeting place and an area social center.

Settlers continued to gravitate toward the newly founded port, many of which were well-educated professionals, including doctors, lawyers, teachers and businessmen. Before long, the port sported nearly 1,000 residents.

The town was known for Southern hospitality. In fact, some of the boats that docked at the port sported a capacity of 200 passengers, as the town was a destination for honeymooners, business meetings, and house parties.

The town was booming. They welcomed their first newspaper publication in 1852, and the Jackson County seat was moved to Jacksonport in 1853.

But with time comes change, and one could safely say that the Civil War lent to change throughout the entire nation. Arkansas chose to secede from the Union in 1861, and Capt. Alexander Corbin Pickett put together an army of 120 Jackson County men.

The Jackson Guards struck out toward Memphis in May of 1861 via the river, on the Mary Patterson. But the fight slowly inched back to Jackson County. And in June, Jacksonport was recaptured by the Confederates.

Four years transpired before the military rule finally came to an end. The uncertainties were finally behind them and the town was able to establish its local government.

Jacksonport prospered for a period, but with the arrival of the railroads, came the beginning of the town’s demise. The town experienced a decline in business, as steamboat transportation declined, and they did not benefit from railroad access. A spur eventually led to the town, but it was too little, too late.

The county seat was moved to Newport in 1892 and the businesses along the main street began to deteriorate, as well.

However, the Jacksonport Court House did manage to weather the test of time, and was purchased by the Jackson County Historical Society in 1962, and was eventually restored.

Jacksonport became a state park in 1965, and the agency has continued to restore and develop the grounds with the assistance of the Historical Society. The building was included on the National Register of Historic Places in 1970 and serves as a museum at present.

Those touring the courthouse will have access to five gallery rooms that focus on the history of the structure and the port. And those who have already had the pleasure of visiting this particular destination might find of interest the fact that exhibits of the museum collection are rotated periodically.

Although history buffs are apt to enjoy a visit to the state park, it also has something to offer to those who would simply rather experience a stint in the midst of the outdoors.

In fact, according to the park’s brochure, they offer “a unique camping experience.” The facility sports 20 class-A campsites, all of which are equipped with 30- and 50-amp electric services.

Each of the designated sites is situated along the banks of the White River. One campsite is barrier-free and restrooms, with showers, are on the premises.

Those who prefer returning home for the night might appreciate the picnic area, and the Tunstall Riverwalk lends to a pleasant and easy half-mile jaunt along the banks of the river.

Of course, the visitor center is a must, as they provide an opportunity to pick up a few essentials, as well as gifts and souvenirs.

Yep, the Jacksonport State Park is a location where I plan to return. Not only do I hope to wet a hook, but I also anticipate the opportunity to get better acquainted with its rich history.

To get to Jacksonport State Park, from Hot Springs, travel 17 miles on Highway 70 east to Interstate 30 and head east toward Little Rock. Go 31.9 miles and take Exit 143-B to merge onto I-40 east, toward Jacksonville. 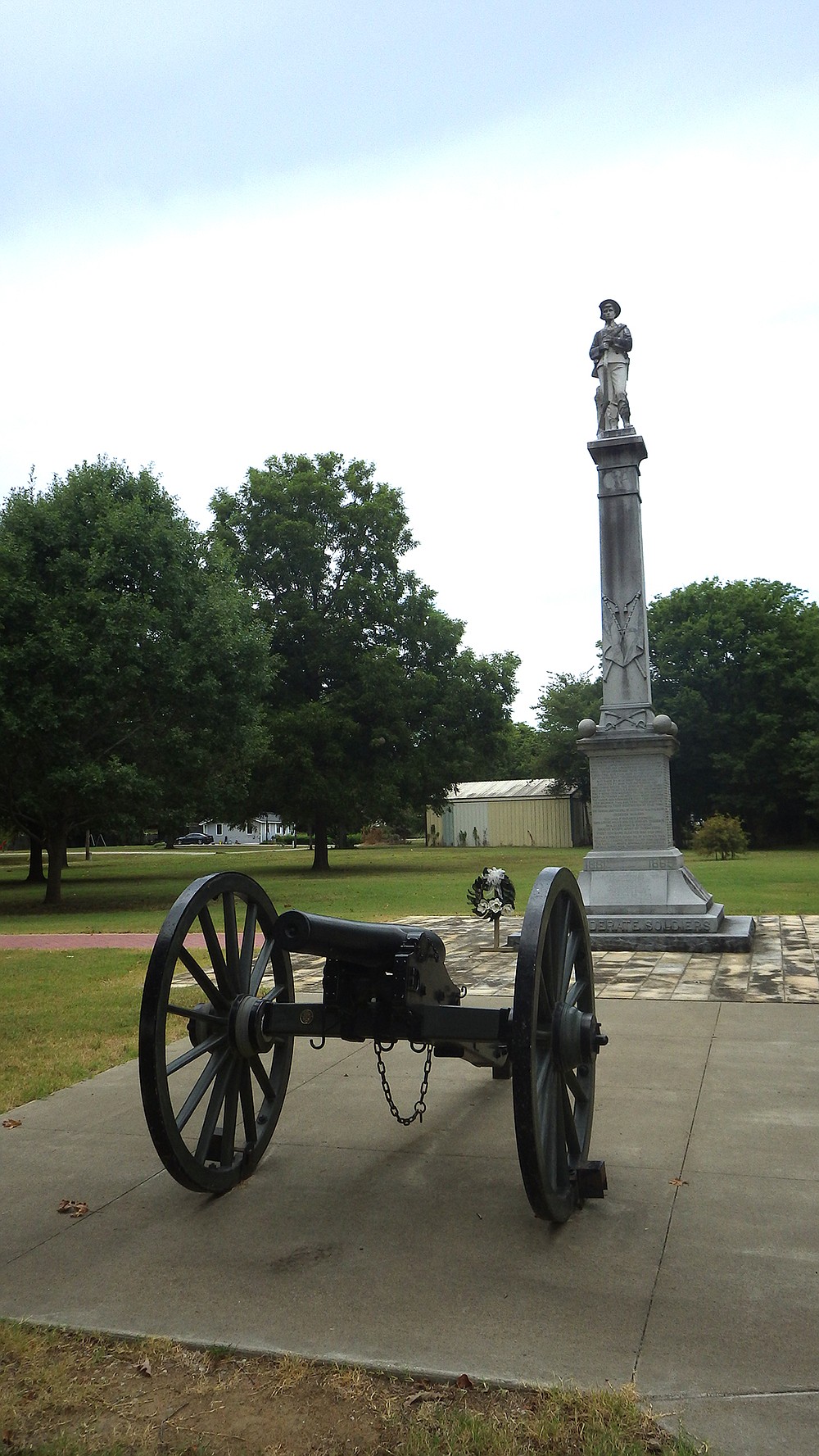 Located near the town of Newport, Jacksonport State Park has an interesting history to share with its visitors. – Photo by Corbet Deary of The Sentinel-Record